LEGENDS CORNER band is the Italian most authentic Keith Urban Tribute, one of the most rapresentative exponent of Country-Pop music in the American scene.
The band's name is inspired by the pub where Keith used to perform since young, on the corner between 428 Broadway and 5th Ave New - Nashville, USA.
Formed with passion and experience by Angelo Salvadeni in 2016, the band has performed concerts successfully since the very beginning.
LEGENDS CORNER has also played at Emergenza Rock, Voghera Country Festival and has won the Rainbow Rock Festival at Motta Visconti (15th Edition)
Angelo Salvadeni, frontman and founder, also supports 'Country Power Station' the one and only official Italian Country Web Radio. 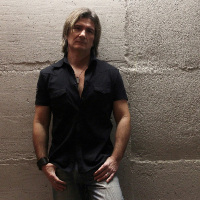