Jacko grew up listening to Soul, R&B and Hip-Hop, he is entirely devoted to quality dance music. His technical style of ‘overlaying’ and his wide range of musical genres when playing has been influenced by working with house legend Tony Humphries. Sonically Jacko represents the future of dance music, and his DJ Sets range from House to Afro-House and Afro-Tech. He's also known to leap between genres, showcasing emerging and cutting edge dance/electronic music and R&B/Hip-Hop/Afrobeats.

Jacko is currently working with American R&B Singer/Songwriter/Producer Chelsea Como from Miami. Their latest single ‘Waves’ remixed by South African rising star Enoo Napa is currently being played by Black Coffee during his worldwide tour and at his residency at Hi in Ibiza. It's also being supported by South African DJ/ Producers Lemon & Herb, Shimza, and Kususa. It has generated a lot of hype and is still being played in the best clubs and festivals worldwide.

Jacko has been working with house legend Tony Humphries for the past 10 years and managed his record label Tony Records, (previously Yellorange). After DJing as an opening act to Tony all over the world he started focusing on his own productions and tours. Jacko is currently working with American R&B Singer/Songwriter/Producer Chelsea Como from Miami. They have had successful residencies in Rome at The Sanctuary, COHO APT, Sheket and Raspoutine; a summer residency at Sotto Vento in Costa Smeralda (Sardinia) and tour dates at Contact Tokyo, Kings Social Club at Badrutt Palace Hotel in St. Moritz (Switzerland), and throughout Italy. 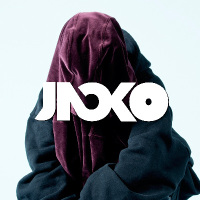